VoIP goes to the web: the allure of HTTP

By Monika Ermert, eLance Journalist - Since the DNS has already shifted into the the web protocol HTTPS (expect a longer blog post here in the next week), IETF engineers are now mulling another web shift. There is a proposal to replace the Voice-over-IP dinosaur protocol SIP by the Realtime Internet Peering for Telephony protocol, RIPT, and finally bring telephony to the net.

According to the draft RIPT author Jonathan Rosenberg, SIP was “a mess”, due to middleboxes like load balancers breaking up connections. SIP was never designed to function with dynamically-assigned IP addresses, even though network address translation has turned into a new internet norm.

Rosenberg was one of the authors of the original SIP standard, RFC 2543, published in 1999. Thursday night, he presented the new VoIP spec ideas in the RIPT BoF. “We want VoIP to make use of the web”, he said, listing efficiencies in load balancing, hitless upgrades, service meshes and geo-redundancy.

The “allure of the HTTP ecosystem”, Patrick McManus from Fastly wrote to this reporter in an email exchange, was “very strong, because it brings a number of security and load scaling technologies with it – and it, too, continues to evolve”.

Going all the way to HTTP3

According to Rosenberg’s proposal, RIPT would be optimised for the newest version of HTTP, HTTP3, with its added security (TLS by default) and multiplexing capabilities. But, with many applications still not running even HTTP2, a future standard needs fall-back mechanisms.

“We would use RIPT if this goes well”, Anthony Minnesale from SignalWire said. His company has been developing open source telecom stack software FreeSwitch for 15 years. Another interested user is Google, said Justin Uberti, looking to switch from the now rather complex WebRTC stack to the much easier HTTP based on Quic transport stack (see graphs below).

It would seem like the combined force of supporters for a new standard should lay to rest concerns that a future IETF RFC would have only one, large standards user. The expecation seems to be that Web-VoIP will be interesting for many people, depending of course on what it ends up looking like. 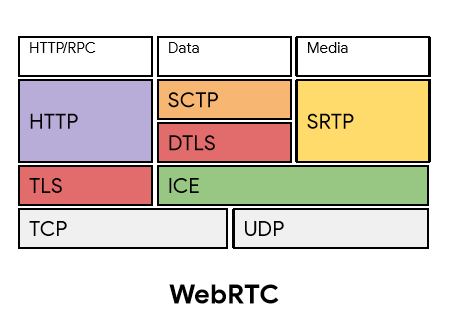 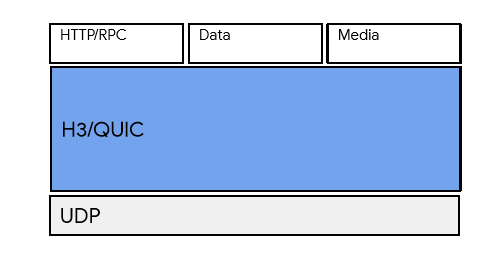 For more info look up the drafts here: