CENTR publishes its Report on ICANN70

CENTR has published its Report on ICANN70, which took place virtually during the month of March 2021. This report focuses on the Country Code Names Supporting Organisation (ccNSO) and the Government Advisory Committee (GAC) sessions. 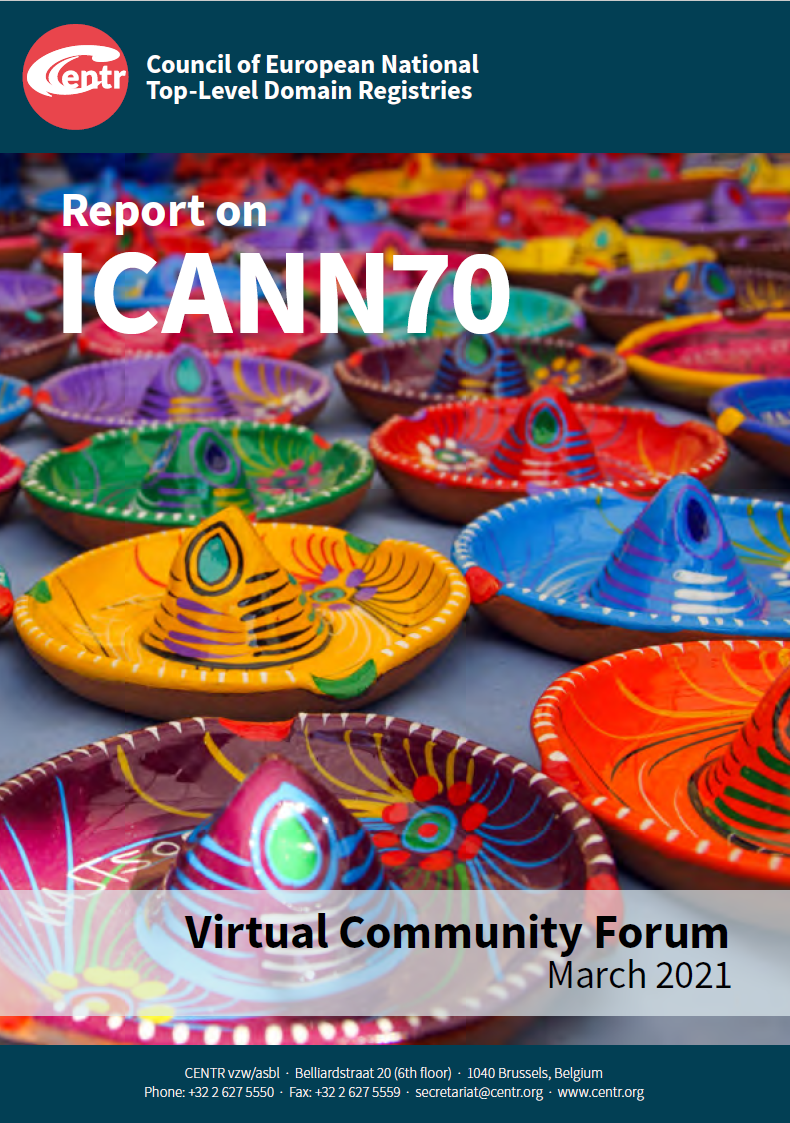 At the ICANN70 meeting, there was a sense of frustration amongst the ICANN community with the issue of DNS abuse. Several constituencies, including the Governmental Advisory Committee (GAC), the At-Large Advisory Committee (ALAC) and the Business Constituency (BC) expressed their concerns regarding the lack of DNS abuse recommendations within the Subsequent Procedures Policy Development Process (SubPro PDP). They believe that before the new gTLD round can be opened again, the DNS abuse issue needs to be addressed. However, numerous issues still prevail, according to the other block of voices within the ICANN community, such as ICANN Contracted Parties and the Non-Commercial Stakeholder Group: i.e. a lack of definition of DNS abuse, ICANN's limited remit, the difficult relationship with ICANN compliance, and the tension between mandatory vs. voluntary public interest commitments. ICANN70 was another manifestation that DNS abuse is the pain point for current policy development processes at ICANN, including the EPDP designed to address the impact of the EU GDPR on registration data and its accessibility.

The ccNSO only held a limited number of sessions at ICANN 70. It kicked off the review of its internal procedural rules and organised a debate on the future of ccTLDs. It also had an informal chat with the ccNSO-appointed ICANN Board Members on the future of ICANN meetings, the impact of ICANN reviews and the lack of a prioritisation process within ICANN. The Internet Governance Liaison Committee discussed sovereignty-related internet governance issues and how ccTLDs have been contributing to achieving public policy goals in this context.

Katrina Sataki (.lv) stepped down as Chair of the ccNSO to take up an ICANN Board seat later this year. Alejandra Reynoso (.gt) takes over the reins, supported by Jordan Carter (.nz) and Pablo Rodriguez (.pr) as vice-chairs.