What is Internet Governance?

While there is no single definition of what Internet Governance (IG) is, one definition is probably most widely referred to:

“Internet governance is the development and application by Governments, the private sector and civil society, in their respective roles, of shared principles, norms, rules, decision-making procedures, and programmes that shape the evolution and use of the Internet.”

This definition was developed in 2005 by the Working Group on Internet Governance (WGIG report), a spin-off working group from the WSIS summit(s) in 2003 and 2005 (more information on WSIS).

For an overview of the actors involved in policies and operations related to “the internet”, please refer to this infographic on the “internet ecosystem”.

What do they discuss?

The above-mentioned WGIG also defined a range of public policy issues that matter in IG. To this day, these topics still dominate the agenda of many a meeting today. They were clustered in four categories, including:

The report then went on to highlight priority issues, which still sound very familiar in today’s debates, inter alia:

Here are some examples of different organisations' views about internet governance:

Where do they discuss?

The debate around these issues has long moved outside the frame of intergovernmental organisations, such as the UN (ITU, etc). Yet, this also comes as a result of these organisations increasingly integrating a multi-stakeholder component in their processes.

The creation of the Internet Governance Forum (IGF), for example, stems from a mandate issued at the WSIS. It is not only a global forum, but has broken down also into regional forums (such as EuroDIG in Europe ), national (such as the IGF in the Netherlands) or even local IGF initiatives. For more information on the IGF, see CENTR's paper on internet governance and the ITU. Other initiatives, such as Netmundial or the Netmundial Initiative, have also developed over the years.

Since 2006, CENTR has actively participated in the IGF and, together with its members and colleagues from other Regional Organisations, organised workshops.

Where can I learn more? 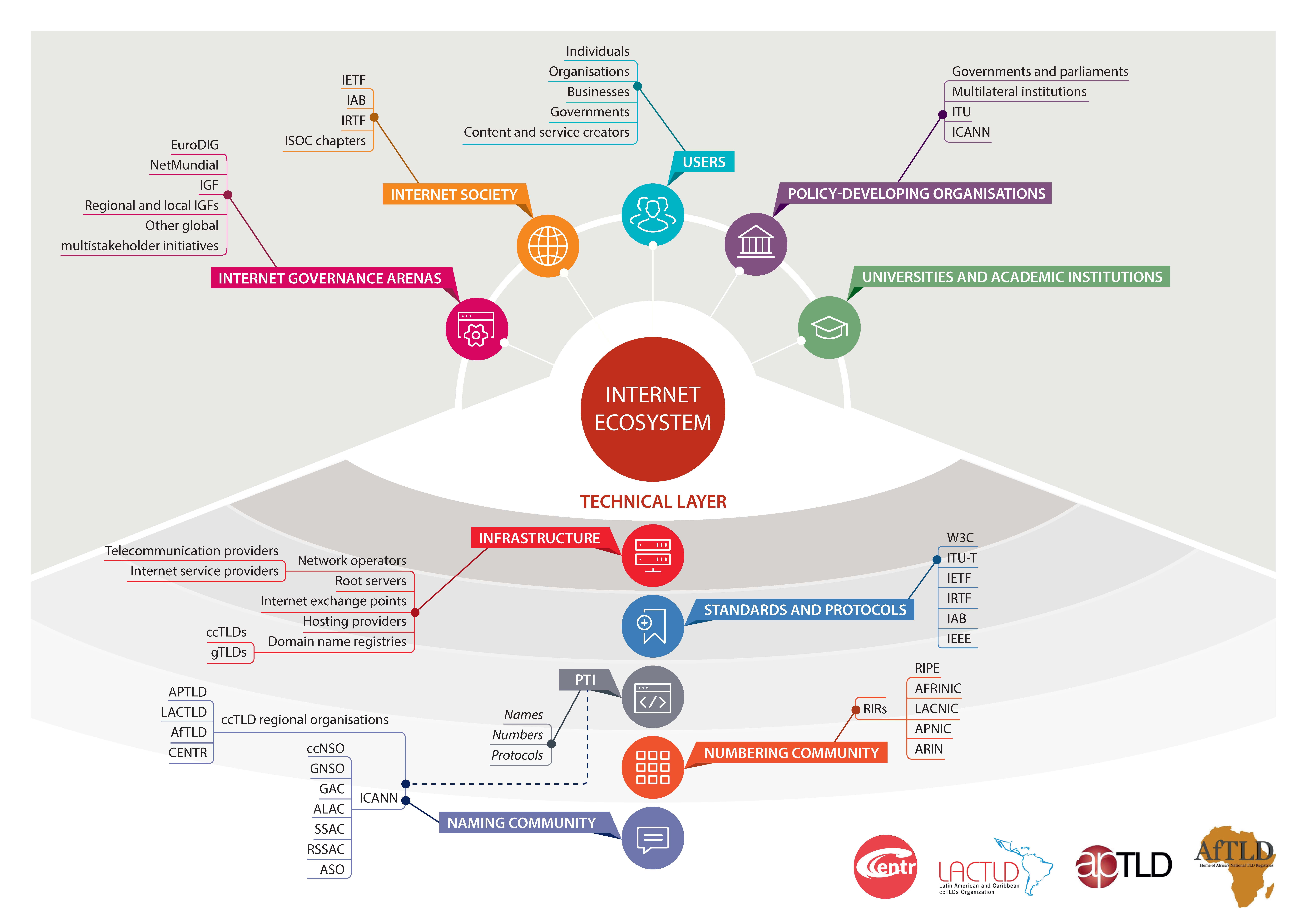